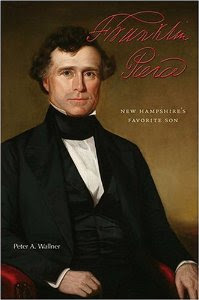 For a post on this blog, I asked him this question:

Unlike James Buchanan, the other Doughface president of the 1850s, Franklin Pierce spoke out during the Civil War, at first anonymously through the Democratic press and later publicly. This seems to run counter to the established behavior for former presidents. Why did Pierce feel compelled to participate in politics, and what effect do you think his speaking out had on his reputation?

In his autobiography, published in 1885, Ulysses S. Grant, acknowledged his friendship with Franklin Pierce during the Mexican War. “I knew him more intimately than I did any other of the volunteer generals,” Grant wrote. He felt the need to correct history as it characterized Pierce, describing him as “a gentleman and a man of courage.”

Dying of cancer at the time he was writing, Grant had nothing to lose in praising Pierce. The 14th president may have felt the same way during the Civil War when he was outspoken in opposing the war, particularly the policies of President Lincoln. Pierce had no political aspirations at the time but felt a need to defend his party and the policies of Jacksonian Democracy, which he had always espoused.

Throughout his political career Pierce had warned of the centralizing tendencies of the opposition party. Whether that party was Federalist, Whig or Republican, he believed its entire motive was to increase the power of the government in Washington to control the common people for the benefit of the privileged classes.

To Pierce, only three things would come of a stronger central government, and all were bad for the average citizen: he would be taxed and drafted to fight in wars, and his freedoms would be restricted. The Civil War was the fruition of all of Pierce’s fears, as the Lincoln administration used the national crisis as the excuse to tax, to draft and to restrict constitutional rights.

Pierce was particularly angered by the violations of the Constitution resulting from Lincoln’s policies. He first objected to the suspension of the writ of habeas corpus by executive order when the Constitution specifically stated that only Congress may suspend the writ. This was followed by the shutting down of newspapers that had criticized the President, the jailing by the military of at least 38,000 northern civilians, military trials of civilians and the persecution of political figures like Ohio Congressman Clement L. Vallandigham.*

Knowing Pierce’s views on the war, the Lincoln administration kept a close surveillance of his activities. Secretary of State William Seward suspected Pierce of treasonable activity on a trip to Michigan. These accusations increased Pierce’s anger, and he insisted on a Senate investigation, which cleared his name.

As more and more former friends and colleagues, many of whom were serving in the Union army, complained to the former president of their treatment by abolitionist Republicans, Pierce spoke out publicly.
He chose a Democratic Party rally in Concord, N.H., on July 4, 1863, attended by as many as 25,000.
Warned by friends that he could be jailed for expressing his antiwar views, Pierce lashed out at Lincoln: “True it is, that any of you, that I, may be the next victim of unconstitutional, arbitrary, irresponsible power. But we, nevertheless, are free men, and we resolve to live, or if it must be, to die, such.”

Pierce’s speech was roundly criticized in the national press as defeatist or even treasonous, and, as usual, his timing was poor. News of the Union victories at Gettysburg and Vicksburg reached Concord in the midst of the rally. The Irish anti-draft riots in New York later in July were also blamed in part on Pierce’s antiwar speech. Pierce retreated to the sidelines, making no further public pronouncements during the War.

Grant was right: Pierce was courageous, perhaps even foolhardy, in speaking out so publicly at a time of national emergency. But he raised an important issue that has never been clarified: What powers does a president have in wartime?

In 1866, the Supreme Court ruled in Ex parte Milligan that the Constitution is “a law for rulers and people, equally in time of war and peace.” The 9-0 decision by a court made up largely of Lincoln appointees overturned the conviction by a military court of an Indiana man during the Civil War. Legal scholars have noted that the ruling has been frequently ignored by later presidents during national emergencies.

Pierce sacrificed what was left of his reputation by opposing the president’s policies during the greatest national crisis in U.S. history.  He never retreated from his opposition to the war and to the policies of the Lincoln administration, but his conduct during the war added the charge of treason to his reputation as a failed president. 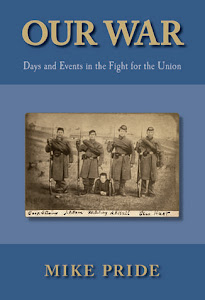